How to claim employee dishonesty coverage? In the course of employment, sometimes the employer often discovers the stock gradually diminishing. It is very hard to detect the culprit, especially in the department store. During the annual stock-taking, a 2-3% marginal loss is all right for the management, as it has already taken into consideration for the loss.

A tragedy case I handling for more than a decade, still fresh in my mind.

A lady boss of a logistic company once called me to insure their company good in transit. I suggested to her another policy compliment the shortfall in the good in transit policy. She agreed to have another policy to cover the dishonesty of the employee during their employment. The fidelity policy was issued with the full list of employees’ name and identity card number.

“Why do you need to have their particular” she questioned me.

“The reason is I need to check any criminal background especially the driver and attendant. The traffic police department should have all their offenses and also drug taking while driving.

A few months later when the both of policies were in forced. She called me about the loss of 50,000 dollars of consignment.

“Please make a police report and also the driver’s particular. Let the police dealt the driver for further investigation.” I advised the panicked owner.

A few days later the police arrested the driver.

The driver had worked for the company more than 10 years, a diligent and responsible married man with 3 kids plus another one on the process. He confessed to the police that he sold the whole cargo for 25000 dollars. The money was to pay the high bill for his wife who was undergoing kidney dialysis. He was at the wits end in seeing wife getting weaker as the day went by. She could hardly undertake any household chores. The eldest daughter had to stop schooling at primary year 5 to take care of the family.

After knowing the predicament of the driver, she canceled the police report.  She let the driver continuing working with her. With wide social contact, she managed to get the patient undergoing kidney dialysis at the government hospital. The kind and soft-spoken lady boss gave another 20 000 dollars to her driver repairing his depleted house besides, sending back his daughter to school until high school with fully sponsored by the company. She worked for her until tied her nuptial knot with another transporter’s son. All end well.

The fidelity guarantee policy response in this case as she brought policy with sum insured of 100 000 for each loss with a 1% excess.  The insurer paid 49 000 after deducting the excess.

An insurance policy designed to indemnify the Insured (the employer) for the loss of money or property sustained as a direct result of acts of fraud, theft or dishonesty by an employee in the course of employment.

It protects the business against property thefts committed by employees. It is also called employee dishonesty coverage. Employee theft coverage may be written alone or in conjunction with other crime coverages, such as Computer Fraud Coverage, under a commercial crime policy. 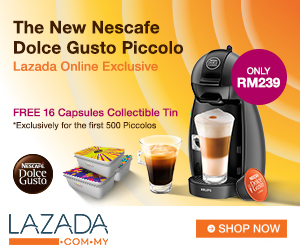