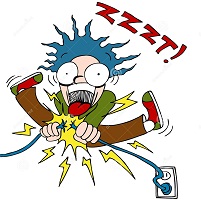 Young widow not getting full claim money seeking legal aid. Poor young widow, her hubby died of electrocution while working in the plastic product manufacturing factory. A case of which I personally handle the claim.

Two buddies set up a plastic factory upon graduated from abroad. They sought the financial assistant from both parents.It was a three-man show during the initial period later transformed into 50 employees.

One of them was none other than the young supervisor. Before he became a father of a boy, his wife working there. They were blessed with a company car and a rented house. A roof over their head, life was easy and a good income to provide a meal on their table. Good life did not last long.

I received a call from the owner of the factory around lunch hour.

“Mr. I am coming to your office to pick you up. We need to go to the mortuary asap.”

What a rotten day! It was 6 days before 1998 Chap  Goa Mei. In the line of duty, I had no choice, but to follow him. A young woman was sitting with him.

“I do not want to have a post-mortem” she sobbed out of anger and hurt, “he already died  grisly, why he needs to undergo another damage to his body.”

“His company had taken out a group personal accident insurance for all the employees, your hubby was insured for 100k. If no post-mortem was carried out on him, the insurer could argue that he died of heart attack, there would be no claim for him. Madam, did you want that way?”

“Ok. Did what the company say, I have no saying in this matter.”

The post-mortem stating he died of electrocuted, not because of his heart problem, even though he had a bulky body.

3 months later, the young widow came over to our office to make inquiry concerned the claim money. My staff told her that the full payment had settled.

“Why I did not get a cent?” she yelled at the stuff.

” The cheque had issued in favor of  the company name and it had already cleared.”

“The cheque should be issued to me, not the company, the life insurance company had given the cheque under her name.” she demanded to get the full payment.

“Madam, did you pay for the personal accident insurance premium for your husband?

“Since the company made the payment, the payment shall make to the company. We could not seek to redress this kind of issue as we did according to the procedure.”

“Did as you pleased, I could help you in this matter, I am truly sorry, I knew how painful and sorrow to lose a husband at your age.”

What transpire between the two, I had no knowledge about it. The stuff narrated it.

I called her to our office and explained the outcome of the court filing. What was the chance of winning? The lawyer will not highlight to her the losing consequence.

She received 2000 dollars from “Malaysia SOSCO” until she died or marry with another man. If she died earlier, her younger son would get the compensation until he aged 18 or upon graduated with his first degree.

Since her husband died in the south, both of them hailed from the north, all the repatriation and funeral expenses were borne by the boss. She later informed me getting the balance of 65K from the boss.