Bauxite vessel sinks off Vietnam coast of Vung Tau. M.V.,”Bulk Jupiter” left Kuantan Port carrying a cargo of bauxite ore sank off Vietnam waters on the way to China killing 18/19 crewmembers. The only Filipino chef survival said that he did not know why the ship suddenly capsized and sank when it was about 150 nautical miles from the southern city of Vung Tau on the morning of January 2, 2015 (Vietnam time).

The cause of sinking

The liquefaction of cargo causing the cargo to behave like a liquid inside the cargo hold of the ship hence causing instability to the ship and making it basically turn turtle.

The following was my comment on the FB on 7th April 2017 in the Insurance Forum.

We assuming the cargo is sufficiently dry and in any event has a moisture content below the Transportable Moisture Limit (the “TML”) which is, of course, a figure at 90% of the Flow Moisture Point (the “FMP”). In this case, the port surveyor engaged by the Charter Party i.e the shipper did not test the cargo before loading. If the test was not in their favor, the shipowner could refuse to load the said cargo. Refer to the IMSBC code for further explanation.

The MV “Bulk Jupiter” was a flag of convenience registered in the Bahamas, thus it was the sub-standard class of vessel. Was it a member of the London P& I club.? Also, the annual dry docking for inspection would able to find out the vessel fatigue. Had the sea-worthiness and crew-worthiness certificate been obtained from the classification society namely Lloyd, Bureau Veritas, American Bureau of Shipping, Russian maritime of shipping and Nippon Kaiji Kyokai?

The master of the ill-fated vessel knew that the bauxite can turn into a liquid state, by 10% of moisture content, which risks increase from C to A category. Therefore, there was a chance of cargo shift that leads the vessel capsizing. Was the crew constantly monitor on the bulk cargo in the various hold? The stability of the vessel depends on the crew competency. During the Northwest monsoon, the sea wave is choppy in the South China Sea, with the frequency of Typhoon Signal of 3 or even higher that bring disaster to vessel plying along the coastal area or in the open sea. Had the master been warned about it?

P & I club will never engage a pre-shipment surveyor. Whether it is loading in America, Canada, Thailand, Indonesia, Malaysia and Australia port. According to various sources, the cargo insurer was actively threatened by the bauxite syndicate and practically tossed out of port” Was it true? Any evidence to prove it?

Finally, the chartered party term and insurance policy need to examine closely. The master log book report with a special detail of the sea weather condition like wind speed and, wave level need to study carefully before it can derive a final report.

CARRIAGE OF BAUXITE THAT MAY LIQUEFY

The Sub-Committee concluded that: 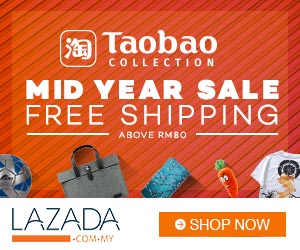