Claim and underwriting rosewood coffin scratch. It was one of the weird kind of cargo that I had to underwrite during my 23  years working experience in the general insurance industry.

My partner of second handed imported car tire from Japan and South Korea Mr. Leong of Singapore called me on Monday, April fool morning to underwrite a shipment of 2 exorbitant coffins.

“Can I have the detail of this shipment? I asked him.

“Please liaise with the producer, Mr. James at Ho Chi Minh City, Vietnam shortly, he is expecting your call urgently, as the shipment is ready.”

“Good morning, Mr. JAMES, I am Jamin, Mr. Leong partner from Singapore. Can I have the detail of this consignment?”

“My client, a business tycoon from Singapore has called to make this customized rosewood coffin with dragon and phoenix carving on both sides for his elderly parent. We use the high-quality craftsmanship for the carving. Indeed a filial son to his parent. It is hand carving by 10 craftsmen for 3 months to complete a coffin. We take total 6 months to finish the whole the assignment. Rosewood must be more than 100 years old to make such exclusive coffin.There is a sparkling of gold dust sprinkle on the carving to give a shiny beam look. Later the coffin would be cremated.

“What other requirement or special clauses for this cargo.?

“The client would not accept any scratch on the outer surface of the carving or any other part of the wooden surface. It means to bring in bad omen or misfortune for the descendants. It is due to this clause, no insurer in Vietnam dare to cover this type of risky adventure. Is it alright with you?”

“Mr. James, it is fine with me, but I need you to follow strictly my instructions before the shipment.”

1. A Switzerland cargo surveyor was needed to inspect the packing before stuffing into the flat rack container.
2. The surveyor had to take a detailed close-up video clip on every inch of the cargo especially the dragon and phoenix carving.
3. A dendrochronologist’s verification report that the age of the rosewood must be more than 100 years based on the ring of the wood.
4. Double layer corrugated box outside and styrofoam on the inside for packing purposes.
5. The coffin must be wrapped with the air tight thick plastic bag to prevent moisturized of the wood.
6. A professional handler must be supervised the stuffing of the container.
7. There must be protective foam stuffing in between the container.
8. A 30% was added to the invoiced valued of S$2 million to determine the sum insured.

ICC “A” clause
Constructive total loss if container dropped into the sea
Loading and unloading
Hijacking and Armed robbery especially open sea near the Southern Philippines and Indonesia.
Strike riot and malicious damage.
Warehouse to warehouse clause.
Scratched and dented.

The cargo arrived Singapore sound. The mishap happened during customs inspection. One of the professional handlers had accidently pierced through the double layer hard carton paperboard with his long knife. There was a visible scratch on the dragon head of this exquisite coffin.

I had to file a claim using the earlier video clip done by the pre-shipment surveyor at Vietnam.It was negligent of the freight forwarder carried out their duty without utmost care.
The claim amount was $1.3 million less an excess as stating the marine insurance policy. It was an agreed value policy. Of course, there was a salvage value for this kind of high quality and costly rosewood. 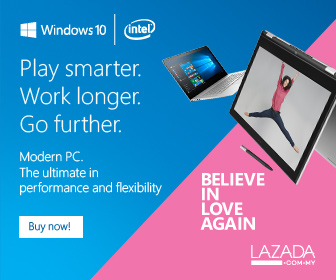