The Earthquake and Volcanic Eruption property coverage under in the Fire Insurance for Malaysian. Without any apparent warning sign, a magnitude size of 6.00 on 5th June 2015 erupted at Mt Kinabalu had rocked the nation off guard. The  Sabah earthquake, not only devoured 18 life but brought masses destruction to the infrastructure and building with estimated total damage to US$2.84 billion. Consequently, we are no longer living the free earthquake zone. Malaysian starts to realize and the urgent need to have the earthquake and volcanic eruption for the house or commercial property.

All kinds of damages including those arising directly or indirectly out of earthquakes,
tsunami or volcano eruptions including fire, explosion, landslide, and land collapse including the foundations and retaining walls in the cover.

The Volcanic Eruption means  eruption,
explosion or effusion of a volcano.

Any Sprinkler Leakage resulting from Earthquake.

The Sprinkler Leakage resulting from  Volcanic
Eruption. Volcanic Eruption means the
eruption, explosion or effusion of a volcano.

The insurer shall not liable for any damage arising out
of the loss of insured items during fire and explosion caused by earthquakes or volcano.

Insurers are liable for damages in excess of Total Loss occurrence in 72 hours the period in damages caused by earthquake and volcano eruptions excluding fire.

The concrete building will attract higher deduction in comparing with a wooden structure as the former razes to the ground completely. Nevertheless, it is unusual to have an excess of $50 000 for any claim loss unless you can prove to the underwriter that building will build to earthquake resistance proof like in Japan. Sad to say that Malaysian government lukewarm attitude, sitting on the comfort zone has not acquired such enforcement skill.

If you are insuring your commercial building for a sum insured of $2 million, thus, the affordable premium is $200 per year. Why saves a penny now, spending a fortune later to reconstruct your sweet home later on?

Important to have this clause

Occasionally occurrence tremor on the Peninsular Malaysia hailing from large earthquakes in the Sumatran plate
margin. The highest observation recorded VI on
the Modified Mercalli (MM) scale. No exception to East Malaysia with the localized earthquake rampages on properties damage and human casualties.
The peak VII on MM scale intensity earthquake on the Southern Philippine and in the Straits of Macassar, the Sulu, and the Celebes Sea had spilled over the Sarawak and Sabah.
The earthquake occurs, the magnitude size is not a contributing factor for asunder destruction, but the population density and fire as a secondary event. 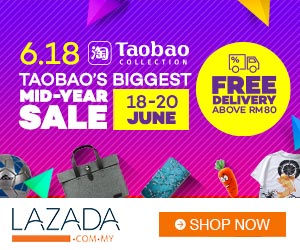